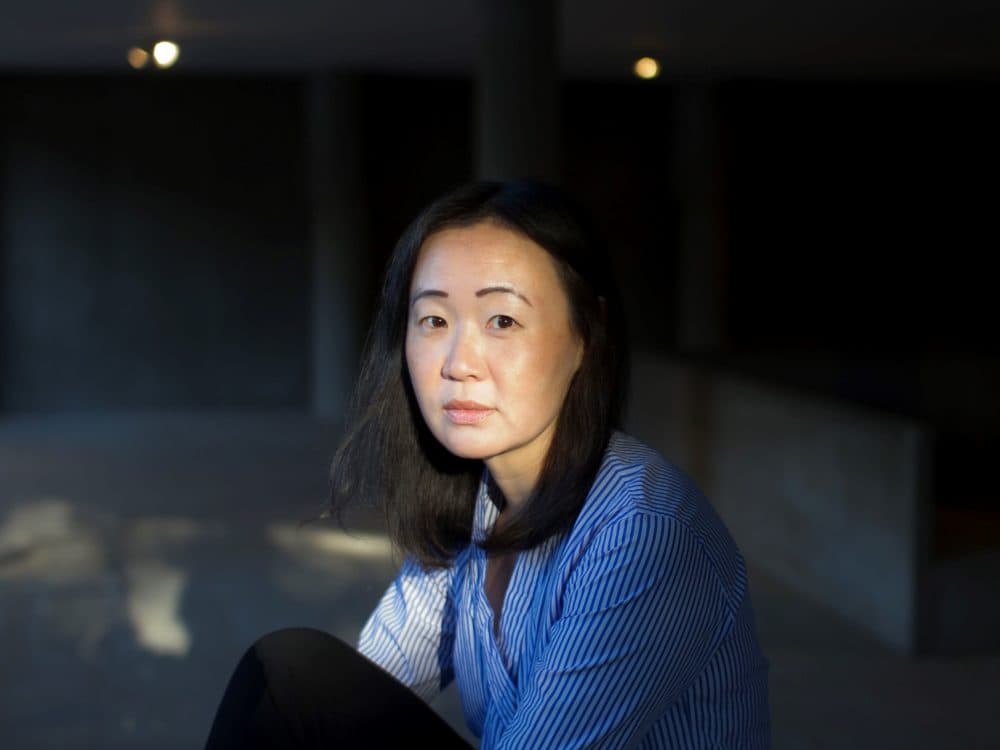 At the turn of the 20th century, composer Charles Ives produced a musical program piece entitled “The Unanswered Question”, in which a plaintive solo trumpet repeatedly asks “the eternal question of existence”. Each time, it is answered by a mocking quartet of atonal woodwinds whose musical phrasing becomes more and more chaotic and dissonant with each call and answer. Eventually both sides of the dialogue give up. Meanwhile, a bed of strings hums under the action, utterly oblivious to the frustration and anguish that have unfolded above, like the gentle hum of a cold, indifferent universe. The question is never answered; in the end, it’s as if it had never been asked for at all.

Can you still be afraid of what you don’t have and what you never will? (“The future”)
What shape does [my body] take without the soul? (“Which are”)
What happens to the old love, tell me if you know. (“The beginning of spring”)

Amid the lack of resolve, we have to think about the limits of words, whether they can ever truly live up to the feelings they are meant to represent, and the futility of expression when the true meaning is elusive – or illusory. Like Ives’ trumpet, these poems ask for answers, but Lim clearly expects no answers. Instead, she reveled in the gaping silence.

I had never been here before and yet thought I had it all figured out.

But Lim wisely observes that understanding isn’t always necessary to make a connection or resolve an ambiguity. Knowing and feeling are not the same thing, but they can be just as conclusive. Extract from the second of the two poems entitled “Pastoral”:

… and even though at the time I couldn’t understand what he was saying, the feeling landed, and it was like a head hitting the stone slabs of that patio …

In the end, there is only one thing worth understanding, Lim writes in “The Future”:

There is no origin
or general principles.

There is only this hole in the earth.

Memento mori, therefore. Death is the only truth and the grave is the universal answer to all questions. It’s a clarifying certainty that makes the search for another answer seem like sheer denial.

Despite all this, “The Curious Thing” is not a nihilistic work:

by something true that you barely guess

If we had all of our questions answered, Lim suggests, wouldn’t that spoil the fun? Lim revels in that ineffable strength that lies just beyond the joint, in the spaces between thoughts or in stolen gazes. These are the moments that risk being obscured by an excessive focus on the past or fear of the future.

In “Boston,” Lim writes of a youthful relationship:

But I really wanted someone to look at me
in all my youth and my feminine enthusiasm.

The speaker does not seek to be understood, but rather to be seen in a fleeting and vacillating moment that she believes embodies her. The poet implies a distinction, or perhaps even a conflict, between the meaning of something, which is related to conscious analysis, and what something really is, which is to be felt, felt or perceived. It is a curious thing, indeed.

In his simplest and perhaps most effective poem, Lim imagines a story with two endings and refuses to choose one. “You hear me?” she asks. The question can be read as pleading or provocative. It may be both. But there can be no rebellion against the singular ending, no matter what the speaker might wish. In just six lines, this poem, “Fins”, is able to draw on so many different and conflicting emotions – anger, anxiety, sentimentality – without being overworked or excessive in its language. Lim’s touch is light, but his impact is anything but.

Lim opens the collection with an epigraph by Renoir, which says that you have to let yourself go in life “like a cork in the current of a stream”. The austere poems of “The Curious Thing” bring us into a state of mind where we can worry less about finding answers to life’s big questions, such as why the current carries us along, and instead rely on our own. intuition to discover and better navigate its whirlpools and unpredictable whirlpools.