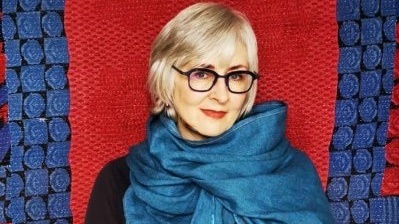 John fitzgerald The moment (Gallery, 60pp, € 11.95) opens, strikingly, with destruction, “the smoky / strangled roar” of a chainsaw in a boy’s hand. “It was like cutting into pure fear / breaking it.” Throughout this confident, graceful and often dark collection, Fitzgerald deals with the fear of historical continuity. The farmer, rather than solely charged with maintaining the tradition, is portrayed as a corrector, an expiator, determined to “mend the past.”

It is rare to meet the beginnings of a poet whose voice is so confident and flawless. These lyrics are steeped in tradition, echoing Edward Thomas in places, and there are exciting reflections of a courageous imagination: a cat’s tongue, in a poem, is “genital rose.”

Sometimes it feels like the acuteness and precision of Fitzgerald’s work could be deepened by digging into more vulnerable emotional territory, risking more. Indeed, Fitzgerald succeeds in many places. The best poem in the collection, Spindle, plunges into bitter and startling anger. Like the opening poem, First Cut, it carries all of Fitzgerald’s wealth of descriptive powers and enlists them in an incredibly dark retaliation story.

In Spindle, the speaker turns on his “ignorant father” to “end his tenure,” to end the grip of a nameless injustice.

Every September I scan the hedges for your garish lanterns
light up the dark green hue:
Pink biretta, plump pods, bold orange aril.
But I never find them

The quality of the language carries a sense of dark bite and spite: the tree is both “showy” and sought after, the descriptions of its flowers both botanical and figurative (as in the “biretta rose”, a hat with three points formerly worn by the Catholic clergy). It’s a mind-boggling, ghoulish story, with Fitzgerald leading us to ‘the den of worse than useless, / now skewered in his grave, flesh smelling rotten pork / to the bones’, and at the end lighting a purge fire.

Amanda Bell’s new collection against the current (Doire Press, 79pp, 10 €) begins with poems addressing the ocean. In Sea, My Love, the speaker “slide[s] in your icy / hissing like coal embrace ”. In Bedtime Story, cousins ​​are saved from the water, as the “Perseids flash like spotlights” through it.

From this first aquatic touchstone, however, the poems that follow spread through associations and counterpoints, where the counter-current of the title envelops time, those who seize it, those who are undocked and those who remain. .

The most interesting aspect of this collection is Bell’s skillful interpretation of haibun, a Japanese form that combines haiku and prose poetry in the space of a single poem. The effect, in Riptide, is of crystalline interludes between more diaristic descriptions and travel accounts.

Sometimes Bell uses haiku to play a volta in poems, using haibun to create a prick in the tail. The wintering, an elegy, does it particularly well. After crossing the woods, marking the trees to be felled, the speaker bends down to dig a little earth. The poem suddenly turns:

my friend is dead –
how can i plant crocus bulbs
in this shallow soil?

Likewise, in perhaps the best poem in the collection, Casings, the effect is musical and haunting:

Every time I go up the dusty attic stairs to get rid of it, I remember why the box is there. Inside, wrapped in sheets of fabric like layers of skin, baby clothes in cool folds I can still feel the weight of hot wrestlers’ bodies. And no matter how tightly I hug them, they’re empty.

Bell works best under the constraints of a tighter shape (Unsex me now is another strong example of this), but there’s a lot to be said about the effect these lulls and spikes create. The looser expanse of prose is punctuated with haiku, like pearls on a necklace. Moving and diverse in its range, Riptide is a sensual and tender book.

Hannah lowe Children (Bloodaxe, 80pp, £ 10.99) combines formal skill with rare bravery, and wears a lightness of touch that is often virtuoso. This sonnet book is deeply enjoyable to read and echoes Tony Harrison’s School of Eloquence streak in its combination of comedy and belly punch.

Lowe is sensitive to language change, class and race politics, and their intersections with education and educator. The classroom channels all vibrant and violent aspects of English culture, and Lowe’s skill is to maintain both personal and political balance.

The reader can sense that the teacher is confused and challenged, and the collection looks inward to the experience of being taught and outward to how children respond to social unrest and government directives. The poems Richochet and British-Born trace insidious developments: “And suddenly a new language – ‘British-born’ – / for children who grew up on terraces in Leeds / or towers in Bow”.

The sequence of sonnets is brilliant, so that the book unfolds and deepens with each new page. Every now and then the volta stages a time loop, so that the teacher forced into a confrontation with a student remembers “the way years ago / I had fought Lyn Johnson for a soldering iron / in physical ”.

One particularly courageous poem is reminiscent of Notes on a Scandal, a 2006 film starring Cate Blanchett as a teacher who has an affair with a schoolboy. The poem, simply titled Boy, widens a momentary glance between teacher and ex-student, seven years after leaving school, and is both graceful and unsettling.

The Kids is full of interruptions, stolen moments, and confrontations, and the power of Lowe’s use of the sonnet is akin to controlling a classroom – the form acts to hold back and combat the swaggering energy. students and teacher. The Kids is an honest and intelligent book.

Rather than working in a confined space, Togara Muzanenhamo’s work Virgin (Carcanet, 99pp, £ 10.99) is expensive. The title refers to a meteorological phenomenon in which a column of rain or snow falls but never reaches the earth, and the collection itself is connected by the sky. Tracing a brilliant range of events across the 20th century, Muzanenhamo carries his scholarship and research with ease, finding the cracks of light in historical documents and opening them.

Swakopmund, the long opening poem, is a haunting sea voyage with echoes of Wreck of the Deutschland by Gerard Manley Hopkins and Middle Passage by Hayden:

The light of the lantern engraves and enlarges the figures on a thick screen of mist.
Each silhouette becoming flesh. Each figure emaciated and naked like the hour itself.

Eight men in chains. […]
The stench of iron on the green sores from the pain of salt.
The last of men – a ghost in chains.

Muzanenhamo’s verses are energetic and can be turned towards both the disturbing and the musical. He is always aware of the revealing capacity of syntactic compactness, creating a poetry both rooted in the earth and invested in the possibility of metaphysics. At its best, it delivers both the “beautiful staves of grief” and the “immortal gust of wind”, a poetry like a “Shadow tattooed on the air – / Translated by blood”.