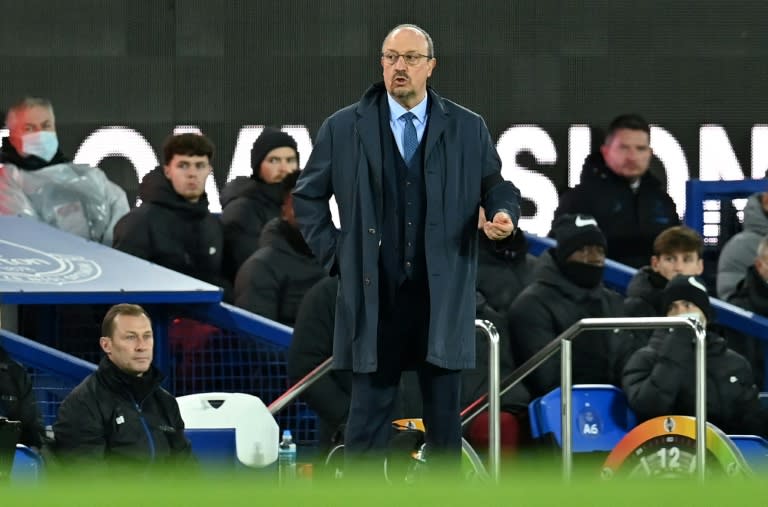 Under pressure, Benitez wants Everton to learn from Arteta’s example

Everton manager Rafael Benitez has urged the Merseysiders to follow the lead of his Arsenal counterpart Mikel Arteta after a derby loss to Liverpool deepened the gloomy mood around Goodison Park.

The Toffees, who started the season brilliantly under new boss Benitez, are now winless in eight Premier League games after their 4-1 loss on Wednesday – their worst streak since 1999.

They will face Arsenal at Goodison on Monday as the Gunners have made a hesitant start to the campaign.

Arsenal have lost their first three games of the season, including a surprise loss to Premier League newcomers Brentford, and failed to break out of the bottom half of the table until the end of October.

Still, they currently sit in fifth place, one point behind West Ham, after just two losses in their last 11 league games.

Benitez, a former Liverpool manager, believes there is no reason why with time and a chance to overcome an injury crisis Everton cannot regain the form that allowed them to take 13 points in of his first six matches.

“Little by little, he continued to work as he wanted and the team is improving.

“They also spent money and they did well because they brought in good players.”

The Spaniard added: “He is an example of a manager of a new club who needed time and everyone was talking about ‘We have to give him time’ and now he is reaping the price.”

Dominic Calvert-Lewin, Everton’s top scorer last season, has been out since August with a thigh injury and as a result the club have struggled to score goals, Demarai Gray’s effort against Liverpool being his first in a month.

“I was talking with the physiotherapist and the physical trainer and he is improving, but there are still a few weeks at least,” said Benitez of Calvert-Lewin.

The aircraft carrier Vikrant, which flew twice at sea, is a shining example of Atmanirbhar Bharat with 77 pc of native content: chief of the navy