What do the following phrases have in common: “Far from the madding crowd”, “They also serve those who stand and wait”, “Pathways to glory” and “Soul mate”? And in what context were they originally spoken? The answer is tomorrow at 7:30 p.m. in the Charles Hunt Room at John Mackintosh Hall.

These are all phrases coined by some of Britain’s great poets and feature in the Group 2000’s latest production, The Greatest Hits in Poetry (Part 1).

“The mastermind behind this poetry reading is Cecil Gomez, the Dean of Gibraltar Theatre. He assembled a seasoned team who read with elegance, grace, passion and humor the poems he chose as the greatest hits of all time,” a spokesperson for the event said.

“They are Carmen Gomez, Araceli Latin, Maite Gracia, Alfred Reoch, Richard Garcia and Nicky Guerrero. As usual, Cecil will present each of the pieces, in his inimitable way. 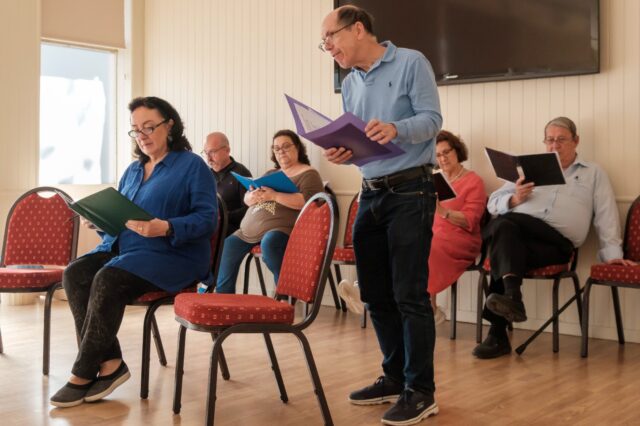 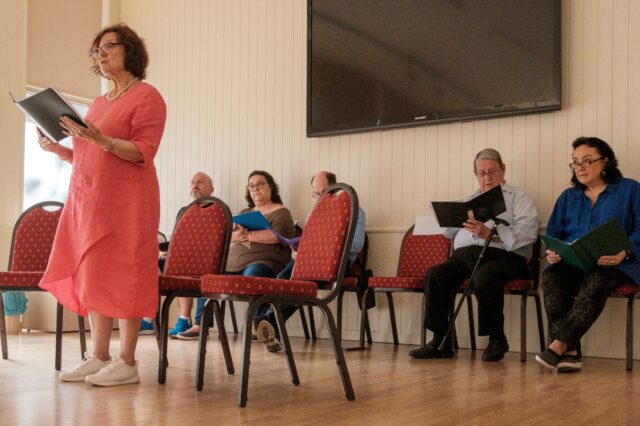 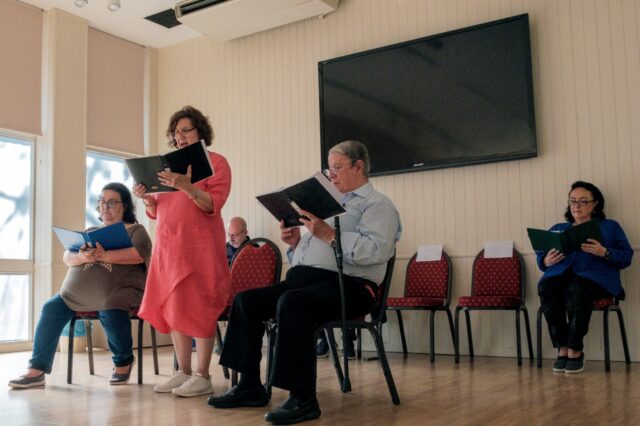 “The whirlwind tour through some of the best poetry written in English begins with Chaucer and ends with Gray, with intermediate doses of Shakespeare, Ben Jonson, Milton and Swift (perhaps best known as the author of Gulliver’s Travels) .”

“It’s a light-hearted journey through 400 years of British poetry, designed to enchant and delight. The comedic verse shows that our ancestors had a great sense of humor. The more serious verse is about love and the complexities of life, in a truly memorable way.

The program lasts just under an hour. Admission is free, but there will be a collection withdrawn to benefit childhood cancer research.

Mr. Gomez said he decided to renew the activities which are now mainly recitals or presentations after the Covid-19 pandemic.

“These, I now limit to 50 minutes with no gap and will perform this one in the Charles Hunt Room at John Mackintosh Hall,” he said.

“I called it ‘Poetry’s Greatest Hits – Part One – ‘1343 to 1750’. Each poem usually has a line or phrase that many can remember but not which poem. Others will conjure up poems what they learned in school.

“The relevant period will begin with an excerpt from Chaucer’s Prologue to his ‘Canterbury Tales’. This will be read in – Middle English – the language of common people at the time, then followed by a translation into the language of today today.

“Via Sir Philip Sidney and Christopher Marlow we will come to Shakespeare and two of his sonnets.”

“The metaphysical poets will be represented by Marvell, Herbert, Vaughan and John Donne. The latter’s ‘The Flea’ is an example of the audacity and quasi-explicitness of these poets on the question of sex. Additionally, we’ll be giving voice to Marvell’s “To His Coy Mistress” in a similar vein.

“Amid them comes Milton and his sonnet on ‘blindness’ plus a short excerpt from ‘Paradise Lost’. “

“Bunyan’s poem comes next with his ‘Who Would True Valor Sing’, a poem later set to music and now a popular anthem.” 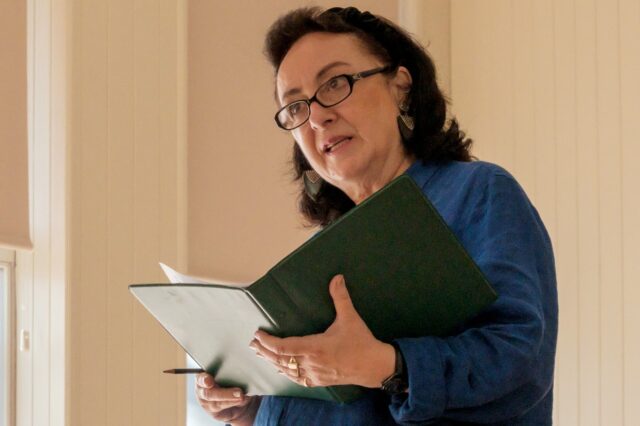 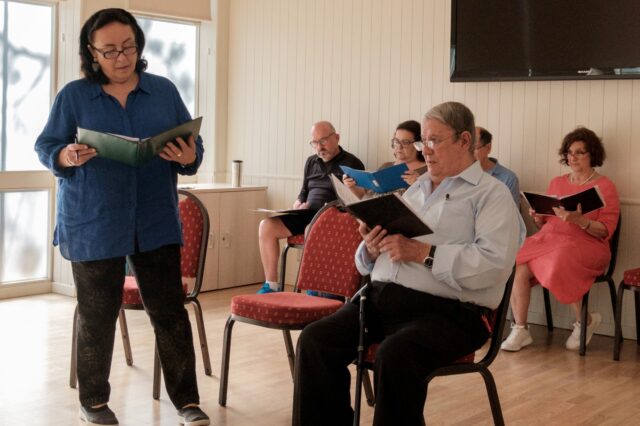 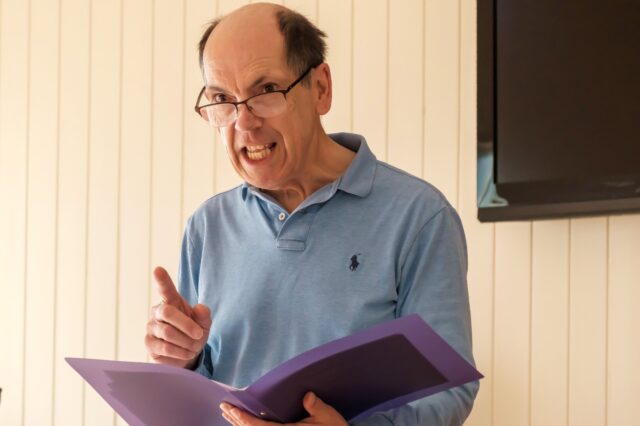 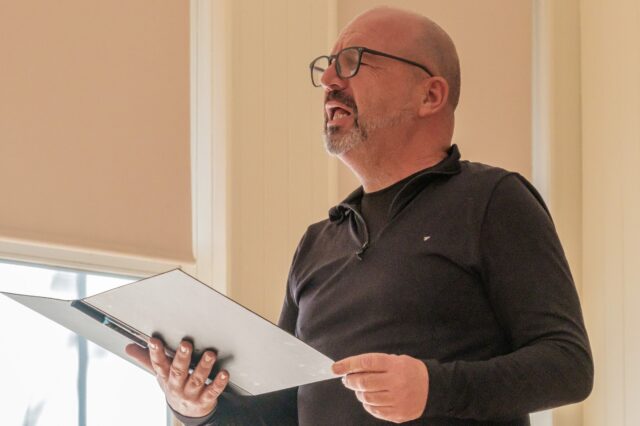 “Who has not heard or read ‘Gulliver’s Travels’ by Jonathan Swift, conceived as a satirical novel although loved by young people in a children’s version? What a contrast then the excerpts from his ‘A Beautiful Young Nymph Going to Bed’ and his awakening.

“Another satire follows: ‘The Rape of the Lock’ by Alexander Pope. Henry Carey was another satirist whose most famous poem was the charming “Sally in our Alley”. Sally is short for Sarah, his wife’s name.

“The recital will close with Thomas Gray’s masterpiece, ‘Elegy Written in a Country Churchyard’.” 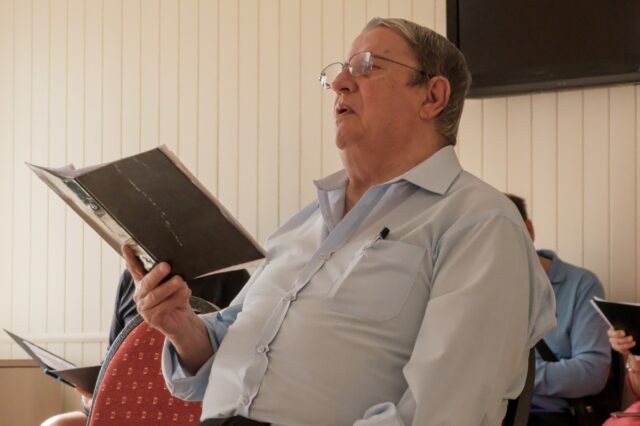 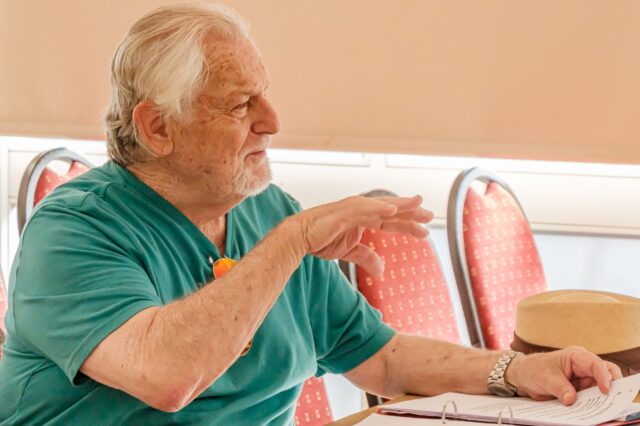 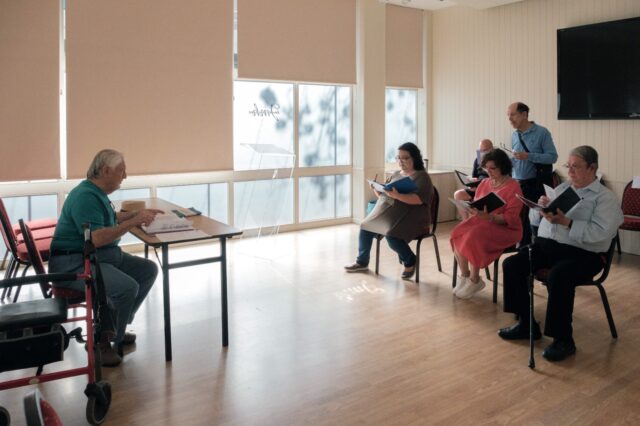 Ways to Read, Write, Teach, and Learn Poetry with The New York Times

Many teachers are already familiar with the Poem in list form by George Ella Lyon “Where I come from”. As Mr. Lyon writes, “People have used it at their family gatherings, teachers have used it with children all over the United States, Ecuador and China; they brought it to girls in juvenile detention, to men […]

A new arts troupe ‘Lismore & West Waterford Arts Group’ (LWWAG) is hosting its first post-pandemic poetry night on Monday 21 March at 7.30pm at Marine Bar, Pulla, Ring, Dungarvan (http://marinebar.ie/). This meeting is open to anyone with an ambition, a talent, an interest or a curiosity for poetry, and is an example and an […]