If you don’t understand the difference between essay writing and creative writing, you’re definitely not alone!

It can be hard to understand how two genres that seem so similar can actually be quite different. Let’s see how essay writing and creative writing differ and why they are both important for your education and career.

Essays focus on facts, figures, statistics, opinions and logical arguments. This does not mean that essays are all dry as dust (writing), but an essay should always be backed up with reliable references to back up its claims. Creative writing, on the other hand, focuses more on painting a picture with words; it may or may not include reference material. In either case, you must seek objectivity. 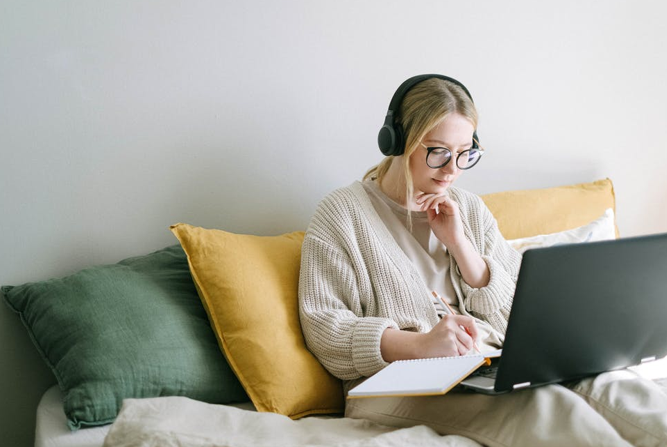 An essay is often a short text, usually consisting of a single paragraph. If you’re asked to write a good essay for college, for example, there’s not too much room for creativity – it’ll probably only be two or three paragraphs long. The same goes if you have to write an essay on how something works or why you think something should be done – there probably won’t be much time or opportunity for creative input here. .

Essays can have a variety of purposes, ranging from argumentation or persuasion to analysis or narrative description. Creative writing, on the other hand, is generally aimed at entertainment or artistic merit. Many writers blur the lines between genres by attempting combinations of essay styles with novelistic qualities (such as A Christmas Carol by Charles Dickens), but such efforts are often frowned upon by academia. The differences between essay and creative writing will likely be more apparent in style than purpose, though essays may well encourage more critical thinking than works of fiction.

Both types of writing rely on good ideas, but writers who get paid to write essays often have to follow a specific structure that doesn’t leave much room for freestyle. However, essayist who specialize in creating other types of content have a lot more freedom when it comes to developing their topic. Think of all your favorite nonfiction authors — there’s a reason you can pick most of their books at random and be reasonably certain you’ll enjoy them.

An essay follows a basic structure which usually includes an introduction, body paragraphs (with supporting details), and a conclusion. This can make it easier to organize your thoughts into a cohesive essay. In contrast, creative writing can follow different rules depending on the type of piece you are working on. For example, fiction writers on platforms like en.samedayessay.com often create plot summaries for each chapter. Short stories tend to include an introductory paragraph followed by more descriptive prose; while novels are written in longer chapters with more time to develop characters and plots.

Essays tend to be longer than most other types of essays. Many students who have not achieved essay writer status are accustomed to writing five- or six-page essays. In college, however, you’ll probably be expected to write longer papers—sometimes double- or triple-spaced with footnotes—in addition to shorter essays. Longer essays may require you to spend more time researching your topic.

A writer creates a text for a particular audience. The reader of a letter, for example, is different from the audience of a newspaper advertisement. With essays, you need to consider your reader’s needs and make sure you write clearly; with creative writing, there can be more freedom to explore different ideas. Avoid getting too technical or using too much jargon with an essay.

In a typical trial, you stick to one point with no gap. An essay generally tries to show that an idea or notion is true. To do this, you will use facts, figures, dates and quotes from experts to support your claim. That said, there are variations of essays depending on the type of assignment. If you’re trying to write an explainer essay, for example, you might need to explain how something works so that someone else (the reader) understands what it does. Other types of essays include argumentative essays and persuasive essays – both require strong supporting evidence.

Unlike essays, which focus on providing explanations and arguments, creative writing is less structured than essays; they provide descriptions and narratives that can stand on their own instead of needing further explanation or elaboration as most essays do.

Become a Harlem Insider – Register for our Newsletter!

As nurses around the world decry staffing shortages, unsafe working conditions and employers more interested in results than their staff, a Missouri resident nurse bucked the trend with an essay about her supportive healthcare system . Monette Chiarolanza, inf. “Not many nurses can say positive things about their hospital leadership right now,” said Monette Chiarolanza, […]

By Francesca Makey The Queen’s Commonwealth Essay Competition, established in 1883, is the world’s oldest international writing competition for schools. The competition takes place every year and is open to all young people up to the age of 18. There are two categories: Senior 14-18 and Junior, Under 14, each with a word limit of […]