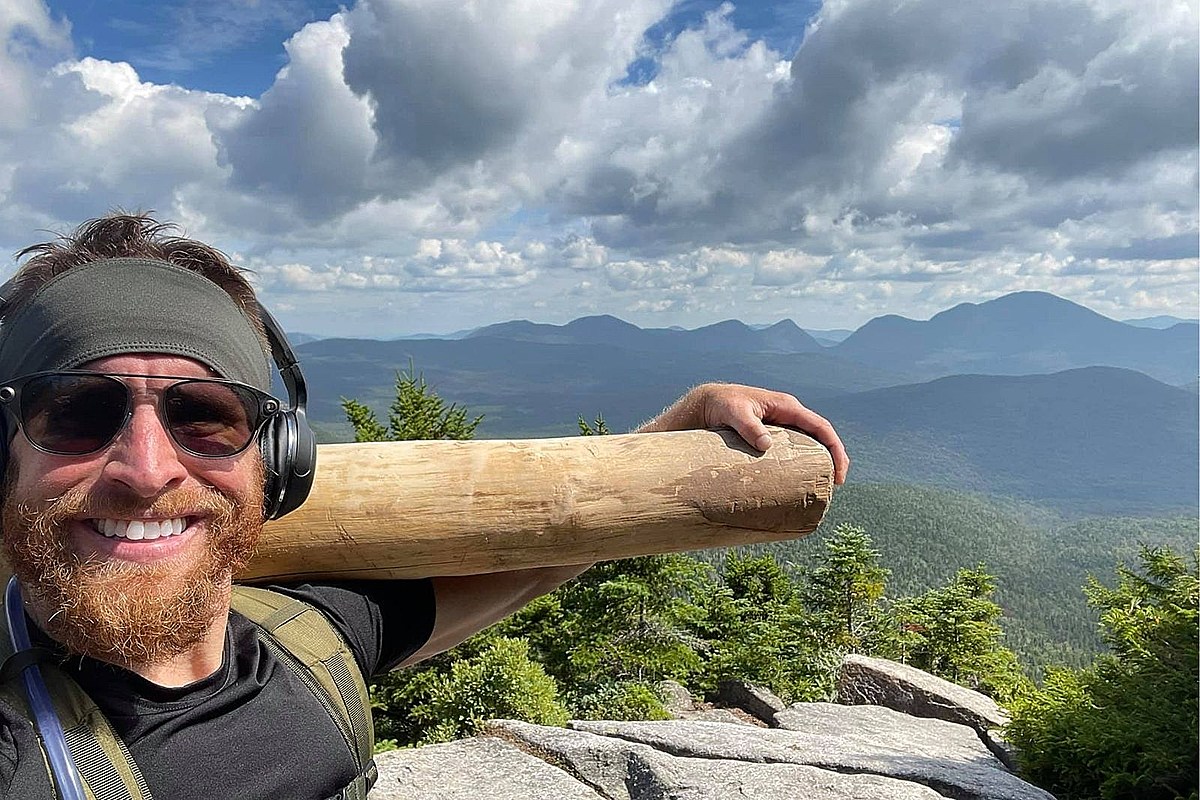 Climbing the 48 of New Hampshire’s 4000 feet is no small feat. And when I saw a guy named Shawn Mahoney accomplished this in just five short weeks while carrying a 25 pound log named Larry, I thought, “Boy, are you crazy?” The answer turns out to be yes! I’m joking of course. Crazy is not the right word; determined, persistent, tenacious and hard are more precise!

As it turned out, Shawn was training for “World’s Toughest Tough Mudder” in Las Vegas (which he has since completed) and was hiking against the Whites as part of his training. He documented his adventures in NH’s Hike the 4000 footers! The Facebook group and other hikers got involved in his trip. He even met a few on the trails and WELL SR they asked for a pic with Larry since he’s basically a celebrity:

So why the newspaper?

Shawn said he still ran with logs, even in 2007 while stationed in England. (he was in the Air Force) When asked to hike with a cousin and friends, he decided to bring a log. As soon as he started the hike he knew the log was an integral part of his training and decided to take it to the 48 peaks. Larry was actually one of the few journals Shawn used throughout his training. Another log he used was named Wilson, after Tom Hanks’ volleyball companion in Castaway. Shawn told me Wilson was slightly heavier

Shawn and Larry had many moments of triumph together. Here are just a few:

Shawn texted me in mid-October to let me know that Larry’s trip was beyond the NH 48. He and Larry made it to the top of NE111 which in the backpacking world means feet. from 115 to 4K from NY, VT, ME and NH! The Adirondack Mountains (46 peaks) took 23 days and the NE111 took 13 weeks.

NH Chronicle caught wind of Shawn and Larry’s story and reported on them last night:

After checking out so much on their bucket list, what do the dynamic duo have in store for the future? At first glance, Winter hikes and frost beards:

The 100 Best Places to Live on the East Coast

KEEP READING: Discover The Richest Person In Each State