When physicists and poets work together, they can challenge existing paradigms. But these collaborations need bigger platforms to realize their full artistic, scientific and societal potential.

The root of the English name “poetry” is the ancient Greek word poimeaning “to do”, a verb that led to poēsis, the activity of bringing something into being. As a poet, I know that poetry is both a noun and the verb at its root. The word “root” comes from the Latin radicalis, which led to “radical”, the condition of fundamental change and reform. Poets, like scientists, radically challenge paradigms toward change and reform. When physicists construct the conditions for discoveries, like the Higgs boson at CERN in Switzerland, and when poets construct interventions in culture and consciousness, both practice poēsisthe artistic activity of doing.

I experiment with poēsis by visiting scientific research centres, such as CERN, where I rub shoulders with scientists. Scientists tell me about their research and often give me behind-the-scenes access to their experiments. I talk to them about the poetry-science link and sometimes give poetry readings and talks. During my last visit to CERN, I saw the Large Hadron Collider, where the Higgs boson was discovered, and CERN particle physicist James Beacham and I brainstormed an idea for a physics-poetry experiment. . In preparation for a book on the physics and poetics of experience, we have written poems and are currently writing a co-authored scientific article. I also recently visited the Cerro Tololo Inter-American Observatory in Chile, where I met astrophysicist Satya Gontcho A Gontcho, who studies dark energy at the Lawrence Berkeley National Laboratory in California. She also practices Odissi, a classical Indian dance. We collaborated on a “dance poem,” which involved me reciting a poem I had written about dark energy while she performed a dance she choreographed to the words.

Physics-poetry collaborations like these help break down disciplinary silos that have existed for over a century, diversifying thought and methodologies. But for such connections to reach their full potential, scientists must be trained in the literary arts and poets in the sciences. For example, a physicist might receive lessons in reading and writing poetry—a vessel through which we use language to reason and imagine—to better understand literary theory and poetic craft. Similarly, a poet might take courses in quantum physics in order to learn more about the imaginative questions that scientists explore. Although this formation occurs occasionally, larger platforms are required.

Today’s physical-poetry collaborations draw on a long tradition of poets and artists responding to science. They also draw inspiration from scientific history where many early scientists were philosophers, artists or poets. In service of these traditions, I have helped establish a worldwide network of poets and scientists engaged in science, organizing and participating in lectures, discussion projects and class visits to universities, bookstores and centers of scientific research. These poetry-science connections represent a pioneering literary extension of the established art-science nexus where science interacts with the arts through education, outreach, and funding proposals. The art-science connection is part of a growing number of collaborations across the realms of knowledge and artistic practice.

Bringing science and the arts together also has the advantage of helping to combat ignorance, manipulation, bigotry and violence. In addition to expanding knowledge and experience, which helps prevent and solve socio-political problems, the art-science nexus helps protect science from destructive commercial and military goals through common social criticisms in the arts. . It also advances the influence of the arts, leading to more creativity and critical thinking.

When I use poetry and poetics to explore open questions in advanced physics, questions mediated by translations between mathematics and language, I focus on quantum physics. I do this because quantum physics is at the heart of the most pressing concerns in physics today, such as how to reconcile quantum physics with relativity, how to create a quantum computer, and the role of dark energy in accelerating cosmic. There is, however, another reason why I focus on quantum physics (see Arts & Culture: Poetry Takes on Quantum Physics). The quantum world is often described as weird when viewed through classical logic. But when I see the quantum world through poetic logic, I find it familiar and poetically sound.

Quantum physics, in my opinion, uses unrecognized poetic principles to describe the properties of quantum phenomena such as uncertainty, observation, superposition and entanglement. In the Indeterminacy Principle or the Uncertainty Principle, the future position and momentum of a subatomic particle cannot be known with certainty, since its current state is measured in probabilities; in poetry, the ambiguities that arise from uncertainty can be a form of artistic depth. In quantum physics, the observer affects the observed; in poetry, a reader can affect the meaning of a poem through interpretation. In quantum superposition, a subatomic particle can exist simultaneously in several states of spacetime; in poetry, alternative experiences with space-time, such as simultaneity, can be evoked. In quantum entanglement, distant quantum states of particles that were once close together can communicate instantaneously; in poetry, which may exhibit quantum behavior, classical paradoxes need not be resolved. Poetry is advanced technology like a particle collider or a telescope, extending the senses, intellect and imagination. In poetry and in quantum physics, the impossible is often probable and even inevitable.

Neither physics nor poetry are totalizing efforts leading to absolute truth. When theorized and conducted in union, the two fields become far more wondrous: they convey new forms of information and experience, produce new ideas and technologies, and challenge the dominant belief systems about the universe. . It is the evolution of our questions, and not just our provisional answers, that advances scientific, artistic and societal progress.

Amy Catanzano is a professor and poet-in-residence at Wake Forest University in North Carolina. The author of three books and multimodal poetry projects involving physics, she is the recipient of the PEN USA Literary Award in Poetry and other accolades. She recently wrote a poem for physics journal on the Higgs boson (see Higgs boson: the cosmic glyph). 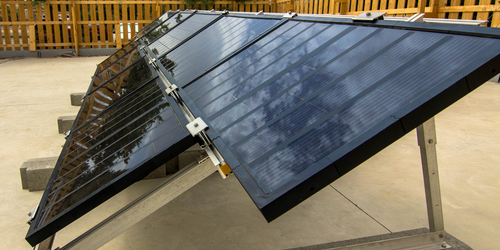 ‘Quieter than a sewing mouse’: Montana children describe their city in poetry |

“Drummond is where you can get to know everyone,” the poem says. “Drummond is 15 trains a day”, and it “is always going to smell like dried grass”. No, it’s not Richard Hugo. These young writers are attached to their hometowns. According to them, “Drummond is like a scoop of ice cream” and “where my […]

Earlier this year, nearly 100 million people watched American poet Amanda Gorman perform at a ceremony at the very heart of her nation’s identity: the 2021 Super Bowl. Its magnitude made its precedent concert – the reading during the presidential inauguration of Joe Biden – looks like a village festival. Gorman’s Super Bowl poem is, […]

back before Maria Elena Minosi Bacon In the title chosen by the scientist, man of faith and poet Marco Righi for his collection of poetry, three dimensions of the natural and the supernatural are contained, such as “Science, Faith… and Poetry”. And they stand together in wonderful harmony. For example, there is no schism between […]